THE CHICKEN AND I

Who we are and some ways to say hi

Hi.  I’m Sunna (“Sun-uh”).  I used to be a wind energy developer but now I just take pictures of chickens! 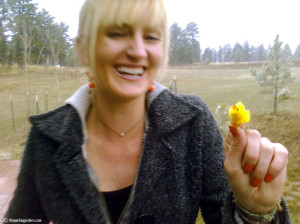 The Pecking Orders is a series of photographs taken around the world of a miniature chicken figurine known as – wait for it – the Chicken (name TBD).  It started in 2011 and in that time the Chicken has gone to places like Singapore, Bali, Morocco, Dubai, Bahrain, Sweden, Nicaragua and throughout the United States.  I’m married to a pilot, you guys, so I get around.

This website is just for fun and inspiration.  It’s meant to help you see the extraordinary in the ordinary.

You’ve probably heard the term “pecking order,” the natural hierarchy iconolized by chickens.  The Chicken says, b’waaack to all that hierarchy noise.  Cluck that.  We can be wherever we want to be.  Everyone, not just chickens, should be cage-free and free-range.  There are only limits because someone said there were limits and we believed them.

I also have a blog called Things They Forgot to Mention where I write about all the stuff they forgot to mention at the orientation for real life.  You can check it out here.